View the manuscripts now on the new Digital.Bodleian platform: http://bit.ly/CorpusDB

This wonderful resource displays detailed metadata alongside clear digital images of the manuscripts in their entirety, together with image-manipulation features.

The Corpus manuscripts available via Digital.Bodleian are:

MS 122 Gospels, 1140-1199
Commonly known as the “Corpus Irish Gospels”, this volume was written by a single proficient scribe in Irish miniscule.  The manuscript’s origins are uncertain, but scholarship suggests that it was created at the monastery of Bangor (Co. Down) in the middle of the twelfth century.  It is presumed to have reached Corpus from the Augustinian canons of Lanthony, Gloucester.  It can be viewed here:
https://digital.bodleian.ox.ac.uk/inquire/p/3af9a21d-a120-4d02-b591-a536ef0ce085

MS 197 Benedictine Rule, 970-999
This manuscript, written in Latin and Old English, is the oldest surviving copy of Aethelwold’s translation of the Benedictine Rule.  Its provenance is the library of the Abbey at Bury St Edmunds; the volume was given to Corpus by William Fulman (CCC 1648) in the seventeenth century.  You can view it here:
https://digital.bodleian.ox.ac.uk/inquire/p/5d0e482b-2222-455a-b75e-d8ca73e93c6b

MS 198 Canterbury Tales, 1401-1450
Incomplete at the time of Chaucer’s death in 1400, “Canterbury Tales” was so popular that professional scribes produced numerous copies.  This volume, made in London, is of particular interest to art historians because the margins contain notes for the illuminator.  MS 198 was given to Corpus by William Fulman (CCC 1648).  It can be viewed here:
https://digital.bodleian.ox.ac.uk/inquire/p/f5602959-7c12-4a87-b2a8-3f5f296a9fd3

MS 201 Piers Plowman, 1375-1399
William Langland’s work, created at roughly the same time as “Canterbury Tales”, is considered by many to be its literary equal and one of the greatest works of medieval English literature.  This manuscript, written by a single scribe, was composed in England and is thought to have been written in Essex dialect.  This volume was also given to the College by William Fulman (CCC 1648).  You can view MS 201 here:
https://digital.bodleian.ox.ac.uk/inquire/p/bbe3f34b-ebe3-4757-b2e0-cd4268c6749e

MS 209 Passio S. Olavi, 1101-1150
This volume of St Augustine’s work was made and kept at Fountain’s Abbey in Yorkshire, and was donated to Corpus by John Rosewell (CCC 1653), headmaster of Eton College.  MS 209 is important because its text witnesses the beginnings of Cistercian monasticism in northern England; furthermore its original twelfth-century binding is wonderfully preserved: its sealskin chemise or over-cover was presumably designed to protect the volume when travelling.  You can view the manuscript here:
https://digital.bodleian.ox.ac.uk/inquire/p/7b85a6e3-6554-47b4-81e2-53a505a88827

MS 255A Religious Texts of Paul the Deacon and Joachim of Fiore, 1201-1299
The seventeen leaves of this manuscript are from two different books, removed in 1929 from the front of MS 255, a volume of collectanea bequeathed to Corpus by Brian Twyne (CCC 1594).  The first is from the front of a Homiliary, perhaps English, of the late tenth century; the second is from an early, south Italian copy of prophetic works by Joachim of Fiore (d.1202).  The manuscript can be viewed here:
https://digital.bodleian.ox.ac.uk/inquire/p/4fb778ab-7a26-43f8-9a61-b1781dd47d3f

MS 279B Historia Ecclesiastica, 1001-1099
This volume of Bede’s famous work was copied by one scribe, and has been annotated by hands associated with Archbishop Parker.  Owned by Archbishop Matthew Parker, it was presumably bequeathed to Corpus Christi College by Brian Twyne (CCC 1594).  You can view MS 279B here:
https://digital.bodleian.ox.ac.uk/inquire/p/6c79a7b4-a7f7-4988-a41d-dbfba14ec6cb

MS 282 Missal, 1120-1130
Commonly known as the “Corpus Irish Missal”, MS 282 was written out by one scribe, writing excellent Irish miniscule.  Certainly made in Ireland, it is possible that the manuscript was made at a monastery dedicated to Peter and Paul; however, its condition is difficult to account for unless it was carried about out-of-doors, as by a secular priest.  The manuscript was given to the College by Christopher Wase (CCC 1677).  It can be viewed here:
https://digital.bodleian.ox.ac.uk/inquire/p/d8877048-45f1-4093-b699-3d71ba938109 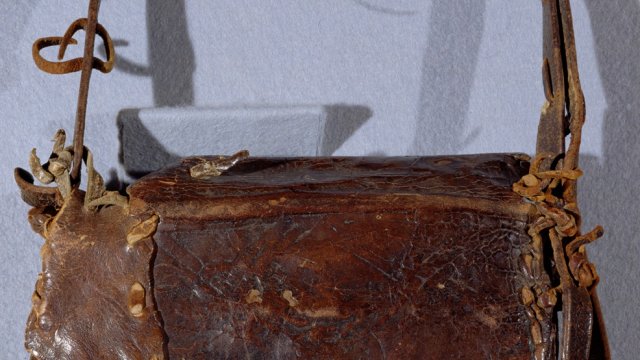 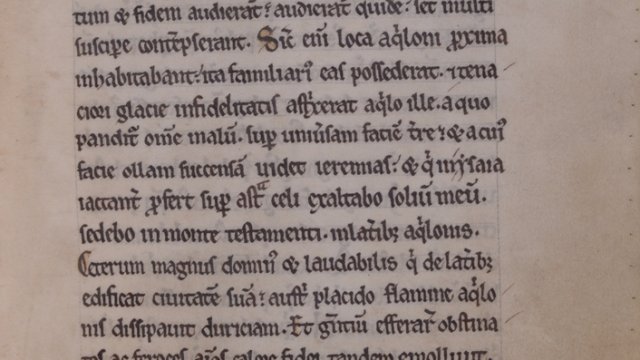 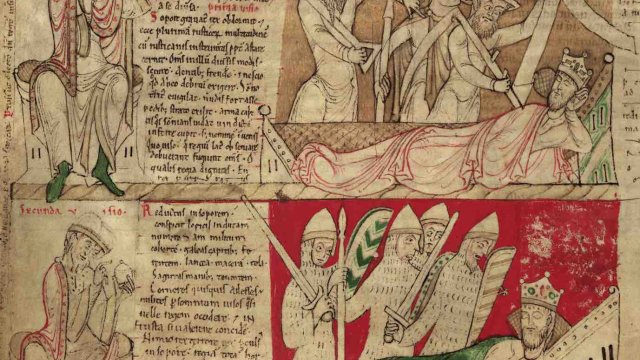 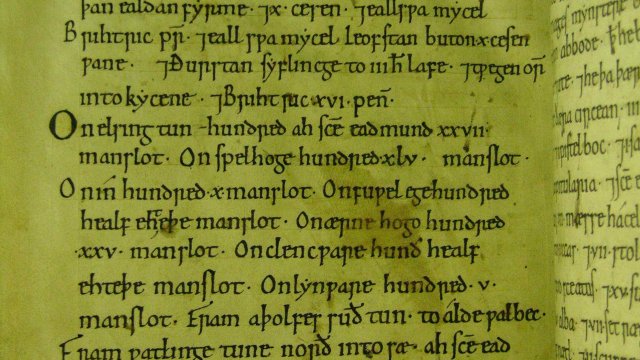 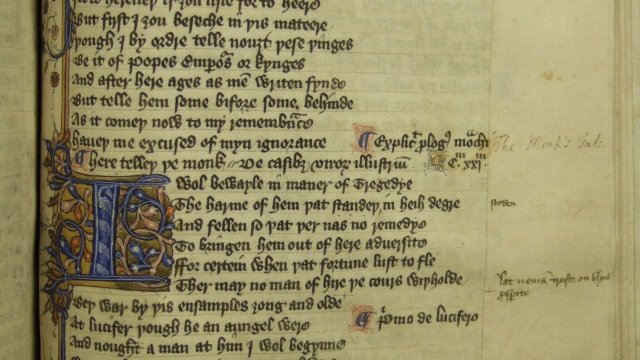 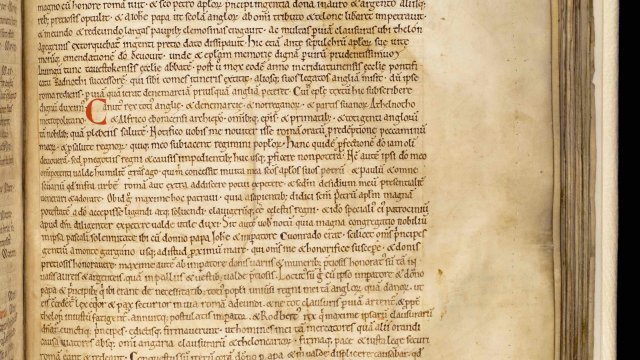 Got to: Library and Archives