In this section
Renaissance Plate

The last pre-Reformation college, Corpus was focused on the new learning, humanism, which was spreading from Italy and the continent.

The first truly Renaissance institution of Oxford or Cambridge was created as 'a certain bee-garden' and continues to grow and thrive.

The Foundation of Corpus Christi

Corpus was founded in 1517 by Richard Fox, Bishop of Winchester and a trusted diplomatic and political advisor to kings Henry VII and Henry VIII.

Had Fox pursued his original plan of using the College to train monks, Corpus may have been dissolved in the next generation’s Reformation. Instead, he deemed it a place of Renaissance learning to educate young men in humanities and sciences, for the service of both church and state.

The Front Quad | The Founder’s College

The Founder of Corpus Christi, Richard Fox, was a prosperous bishop and statesman, who went on to be successively Bishop of Exeter, Bath and Wells, Durham and Winchester. This final appointment in August 1501 formalised his link with Oxford University, as the Bishop of Winchester was the Visitor of both New College and Magdalen.

In 1507 he produced new statutes for Balliol and carried out a visitation of Magdalen. He first acquired land for Corpus in 1511 and began building a monastic college for the monks of Winchester in 1512. By 1516 the College was to be a secular institution and grew to twice Fox’s first-intended size.

Through the statutes of 1517 Fox established a President, 20 Fellows (BAs, called scholarii) and 20 undergraduates (discipuli). The foundation included public readers in ‘Humanity’ (Latin literature), Greek and theology. The College’s members were to be as industrious and well-regulated as a beehive.

The College occupies the former site of several academic halls in medieval Oxford, just within the southern line of the City Wall, south of Merton Street, and east of the former Schidyerd Street. These halls were houses, often belonging to local monasteries, which were leased to graduate principals who then sublet to students. The halls fell out of use in the last quarter of the fifteenth century due to a declining population following outbreaks of the plague.

The first buildings of Fox's College consisted of a single quadrangle with a hall and chapel on the east side and a library on the south, all completed by 1517. The President’s Lodgings were in the gate tower on the north range, and residential rooms were placed around the quad.

To build the College, Fox contracted master mason William Vertue and master carpenter Humfrey Coke, both prominent and accomplished craftsmen in the royal service. The early buildings were constructed in the plain late Gothic/Tudor style familiar in Oxford from the late 15th century. Both the frieze in the Hall, and the Chapel ceiling, include the pomegranate emblem of Queen Catherine of Aragon, as well as the Tudor portcullis.

Corpus Christi played a central role in the religious disputes at this time. An early Fellow, Reginald Pole, was Archbishop of Canterbury under Queen Mary and nearly became Pope.

An Elizabethan graduate was the renowned Protestant scholar Richard Hooker. The College's 7th President, John Rainolds, was a key organiser and translator of the 1611 Authorised Version of the Bible.

The College expanded with the building of a second quad and the fine neoclassical Fellows' Building overlooking Christ Church Meadow. A graduate at this time was James Oglethorpe – soldier, prison reformer, MP and founder of the colony which later became the US state of Georgia.

Together with the other colleges in Oxford, Corpus went through a process of secularisation and expansion.  Significant members of Corpus included:

Expansion continued in the 20th century, with an increase in subjects taught, growth in the number of postgraduates, and the admittance of women, both as fellows and students.  Graduates in this period include philosophers Isaiah Berlin and Thomas Nagel, writer Vikram Seth and both David and Ed Miliband.

Copies of Corpus Christi College, Oxford: A History written by Professor Thomas Charles-Edwards and Julian Reid, Corpus Archivist are available from the merchandise pages in the Alumni section of this website. 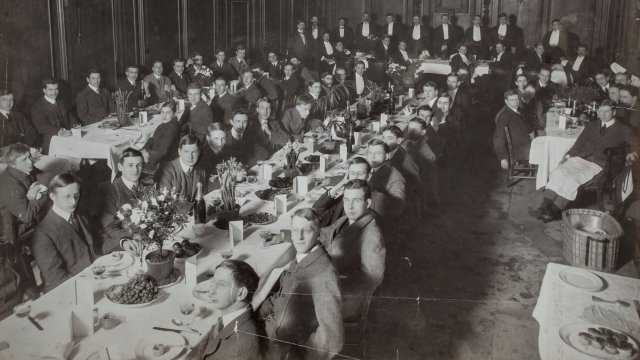 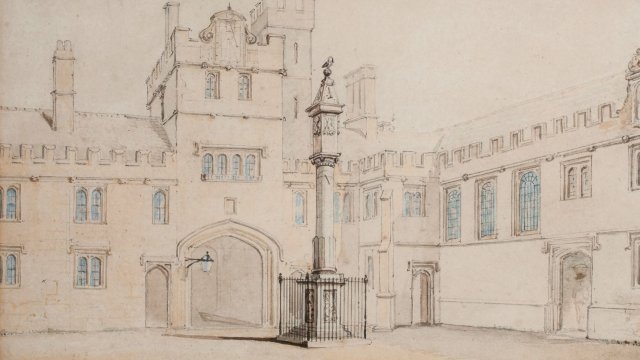 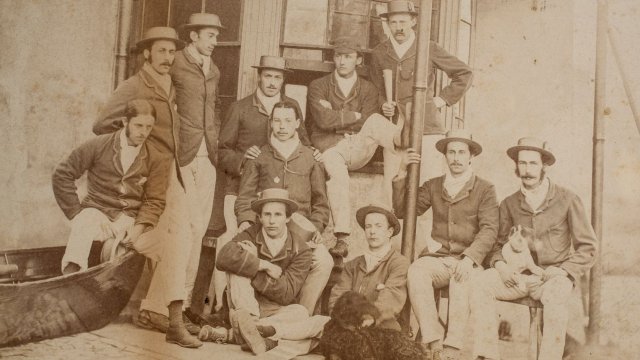 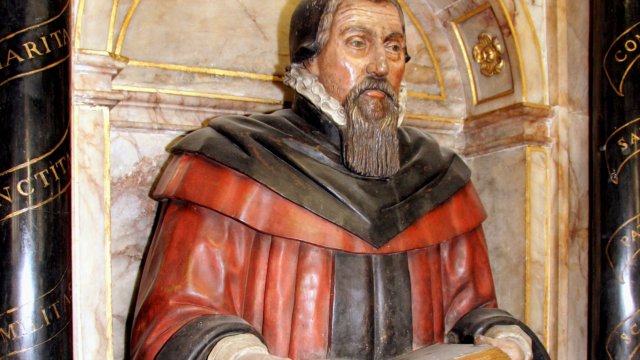 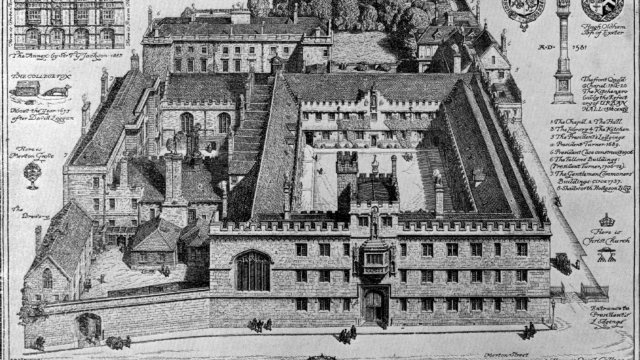 Got to: Library History: A Summary and Sources

Visitors to the Special and Historic Collections

Got to: Visitors to the Special and Historic Collections

Got to: Renaissance Plate

I foresee that in days to come this college, like some most holy temple sacred to all that is best in literature, will be reckoned all over the world to be one of the chief glories of Britain, and that most men will be drawn to Oxford by the spectacle of that library rich in the three tongues, where no good author is lacking and no bad one finds a place, than ever was attracted to Rome in olden days by the prospect of so many marvels."

From Erasmus to John Claymond 1519