During the course of the First World War, 351 Corpus men saw active service.

Of these, 90 were killed - the entire intake for about 4½ years at pre-1914 rates of entry. At 25% of those serving, Corpus’ losses were the highest of all Oxford colleges.

Much depended on the College’s social composition: those, like Corpus, with the highest public school entries fared worse than others with a smaller proportion from public schools.

Whatever the make-up of the particular college, recruits from Oxford colleges were overwhelmingly public school men who were quickly commissioned as junior officers and whose lives as leaders in the front line were generally short.

Of the 90 student casualties, 15 had earned an order (two Victoria Crosses, nine Military Crosses and four Mentions in Dispatches) during their World War I service. Aside from the Corpus Christi College students who died, there were also two 'servants' who were killed in the war.

Corpus fatalities from the First World War were spread across many generations. Most of those who were killed matriculated at Corpus during the first years of the 20th century, but there were a significant minority of older soldiers who fought and died with their younger counterparts.

Of the 18 students who matriculated in 1891, three were to die during World War I. With the exception of the 1898 matriculation year, the Corpus student body was then destined to see fatalities across every matriculation year from 1895 to 1918.

Unsurprisingly, those who matriculated in the years during and immediately preceding the First World War were least likely to return from the battlefields.

The 1916 year-group suffered the highest losses, as only one student survived the war from that year. Four others who had been offered a place at Corpus subsequently died on active service. Two of the four matriculating students from 1917 did not survive.

Sadly, although it saw the end of the war, the small matriculation year of 1918 (six students) did not escape unscathed: C.B.D. Wake, a 1918 scholar-elect, was killed in action about six weeks before the Armistice, aged just 19.

Copies of An Oxford College at War written by Harriet Patrick, Corpus Assistant Archivist are available from the merchandise pages on the Alumni section of this website. 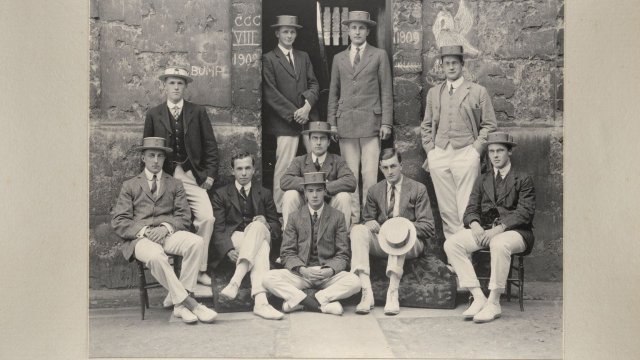 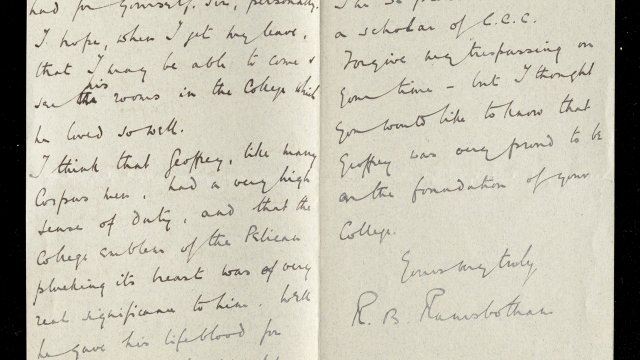 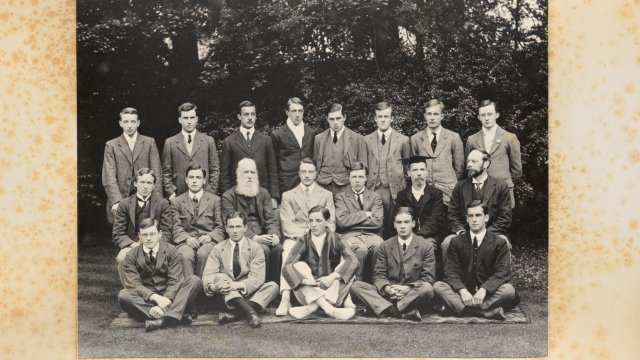 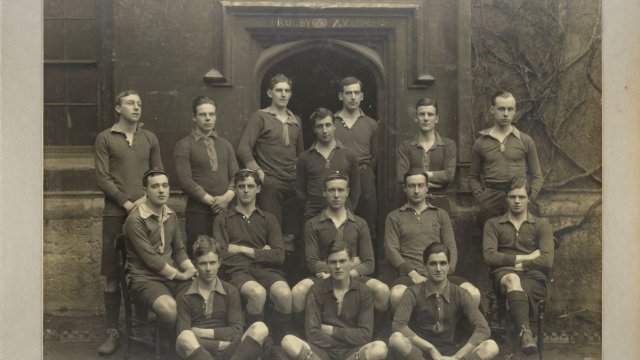 EF Clarke (1913-1914): “Our little circle is scattered to the four winds, and not a few of its members have laid down their lives for the great cause. But none have left a greater blank, no one harder to fill, than he who is the subject of this lament: we mourn many young lives, cut off with the promise of their future yet budding; but none more deeply than him we mourn today.”

Tribute in the Pelican Record