Tortoise Fair raises over £7,000 for the DEC Ukraine Humanitarian Appeal

The College was delighted to open its gates on Sunday 29 May for its annual Tortoise Fair, welcoming 1500 testudinal fans for a summer’s afternoon of activities and tortoise racing.

As the Merton Bells struck three, silence fell over the crowds who had descended on the area where the big race would be taking place.  After two years off racing, Foxe of Corpus showed more interest in socialising with Emmauelle (Regents), leaving Lincoln’s surprise entry, Tortilla, to storm to victory followed by Aristurtle (St. Peter’s) in second place and Tessa (New) in third.  Alongside the real tortoises were four human tortoises, representing Balliol, Univ, St. Hilda’s and Christ Church – all dressed from head to toe in impressively constructed tortoise costumes. They were challenged to a competition of both speed and lettuce-eating skills, which ended with each of them racing to finish a head of iceberg lettuce.

The earliest evidence we have for a tortoise at Corpus is pictorial, as the college photograph for 1898 shows a pair of tortoises in the bottom right hand corner.  Tradition maintains that they actually belonged to the then President, Thomas Fowler.  If they had names, they have now been lost to history.  The collection of biographical essays Corpuscles suggests that the tradition of a college tortoise and its Keeper began between the two wars.

Many congratulations to Tortoise Keeper Emilia Schmid (Biomedical Sciences) for her fabulous organisation of both the Tortoise Fair and the Tortoise Race. The event raised over £7,000 for the DEC Ukraine Humanitarian Appeal, this year’s charity of choice. 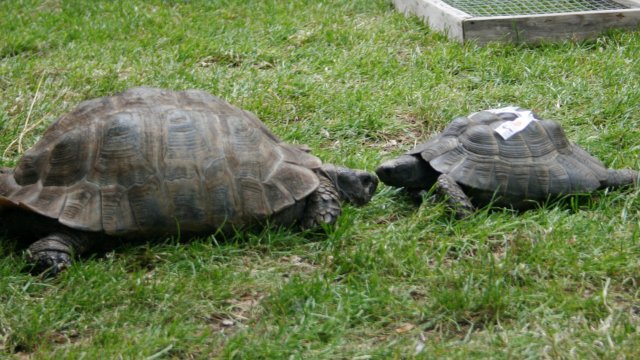 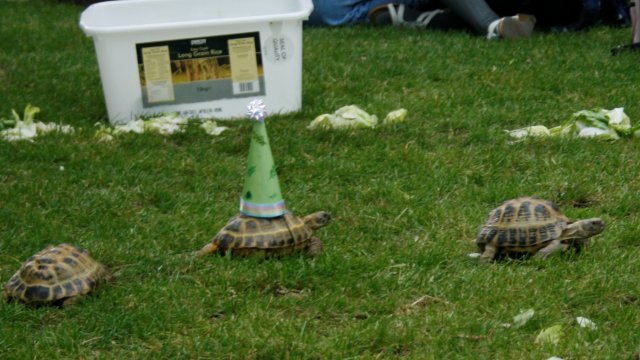 "The earliest evidence we have for a tortoise at Corpus is pictorial, as the college photograph for 1898 shows a pair of tortoises in the bottom right hand corner." 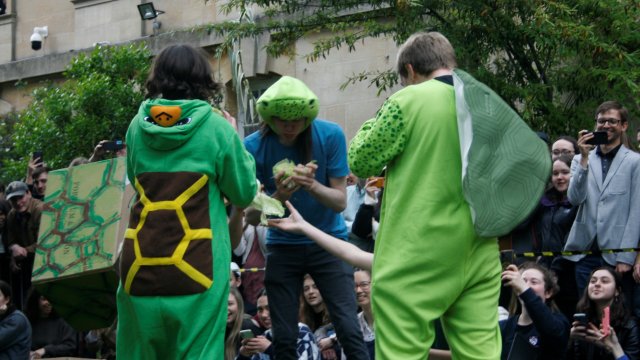