Saving the crumbs from the Rolls

The Rerum Britannicarum medii aevi scriptores (The Chronicles and Memorials of Great Britain and Ireland during the Middle Ages) is often referred to as The Rolls Series.

It was published from 1858 to 1896 at public expense, the intention being to publish British and Irish historical primary source material stretching from the arrival of the Romans to the reign of Henry VIII 'without mutilation or abridgement'. It is thus a mammoth collection of 105 titles in 253 volumes, and stands as testament to the Victorian revival of interest in the middle ages. The Corpus set is complete.

Many volumes within the Corpus Rolls Series are in poor physical condition, and this is due to a number of factors, all of which involve some form of human interaction with the bindings. Their intrinsic nature is flawed: the materials from which they are constructed are poor quality, and prepared with the greatest possible economy, as was common practice with bindings created during the latter part of the 19th century. The leather used is sheep, the cheapest and least durable of skins, and the boards are thin poor quality paper laminates, covered in insubstantial wood pulp paper. They are case bindings, a weak form of book structure which relies largely on the strength of the leather joint and the endpaper to keep the binding connected to the textblock. When case bindings are constructed from poor quality materials, as in the Rolls Series, the book has an inbuilt self-destruct mechanism. Additionally, some of the volumes have been repaired in the past, using materials and techniques that would not be considered best practice today.

In order to maintain and preserve our Rolls Series volumes for ongoing use by current and future historians, we have engaged the services of a professional conservator, Victoria Stevens ACR, to carry out repairs to the worst-affected volumes, and to apply overall treatments to improve the stability of the leather spines across the entire collection. Our aim with the on-going treatment of the Rolls bindings is not to restore them to pristine condition, but to stabilise them sufficiently to prevent further losses to the bindings, and allow them to be handled and used – with care.

Click through to read Victoria’s article Sticking with it, detailing in full the conservation treatments being undertaken

"Our aim with the on-going treatment of the Rolls bindings is not to restore them to pristine condition, but to stabilise them sufficiently to prevent further losses to the bindings, and allow them to be handled and used – with care." 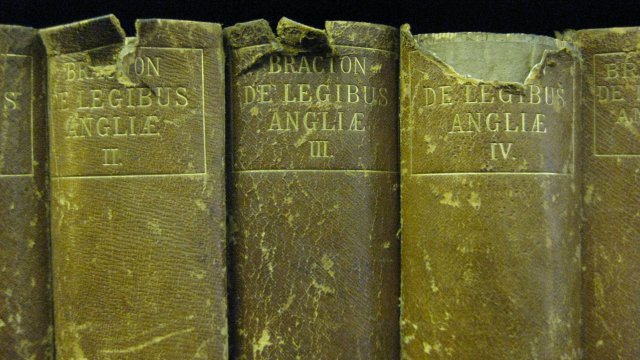 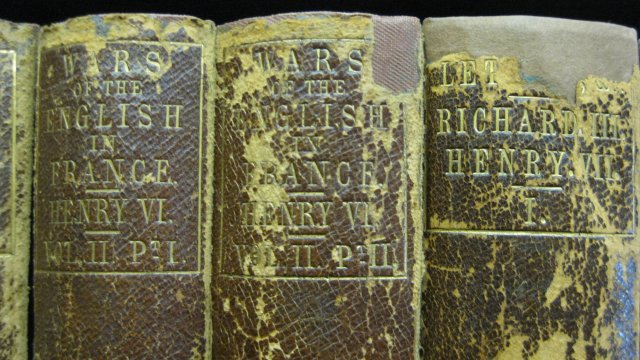 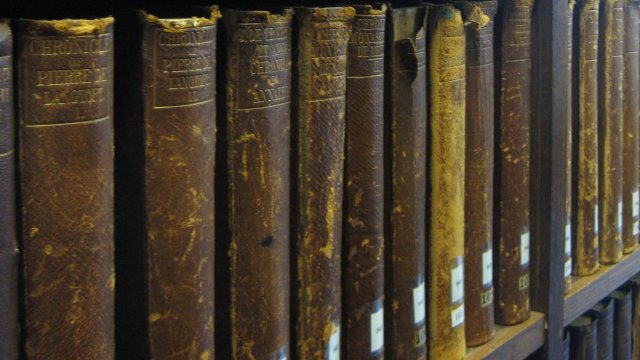