The White’s Professorship in moral philosophy has been endowed following a £2.8 million donation from the Sekyra Foundation.

The Vice-Chancellor Professor Louise Richardson said: “We at Oxford are proud of the long-standing links between our philosophers and Prague, dating back to Jan Hus translating banned works by John Wycliffe in the 14th and 15th centuries. It is wonderful that in its 400th year the Chair has become the Sekyra and White’s Professorship of Moral Philosophy. We are very grateful to Luděk and the Sekyra Foundation for this generous gift.”

Mr Luděk Sekyra said: “Nothing could more aptly characterize the tradition and intellectual excellence that we associate with the name of Oxford University than the professorship of moral philosophy established in 1621 by Thomas White, the oldest university chair in philosophy. I often wonder why we so rarely ask ourselves how to live a good life, what constitutes moral progress, what our responsibility is towards future generations, why the public sphere is not also a sphere of morality, and how the continuity of humanity is affected by technology and global climate change. These challenges, which have, among others, been the subject of my discussions with philosophers at Oxford, help us uncover deeper levels of reality, the essence of the lives we lead. I am glad that I could contribute to this dialogue."

The current Sekyra and White’s Professor of Moral Philosophy, Jeff McMahan, explores moral questions such as war, abortion and our treatment of animals. He also leads the study and development of moral philosophy within Oxford, supervises doctoral and Master’s students in the subject and chairs the Oxford Moral Philosophy Seminar, which has hosted the world’s leading moral philosophers in recent decades. 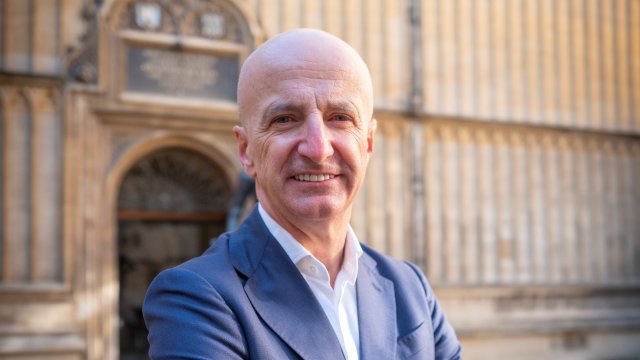 "For much of the twentieth and twenty-first centuries, Oxford has been the best place in the world for the study of moral philosophy. Part of the reason for this is that some of the holders of the Sekyra and White’s Professorship of Moral Philosophy are widely regarded as having been the best and most important moral philosophers in the world . The endowment by the Sekyra Foundation ensures that this distinguished, 400-year-old position will finally be secure for the future.”