Prof Michael Johnston, Fellow in Physics, was awarded the Alexander von Humboldt Foundation’sFriedrich Wilhelm Bessel Research Award at Schloss Charlottenburg, Berlin on 27 June 2019. The award honours internationally renowned researchers who “will have a seminal influence on their discipline beyond their immediate field of work”. In particular, the prize recognises Prof Johnston’s outstanding research across the fields of terahertz technology and semiconductor physics. In conjunction with his award Prof Johnston will conduct a series of research visits to Germany hosted by his Bessel Award nominator, Prof Rupert Huber at the University of Regensburg, and give a series of seminars across Germany. 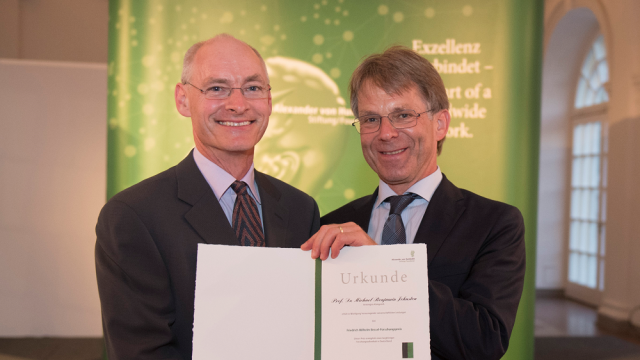