The Nevill Mott Medal and Prize of the Institute of Physics 2020 has been awarded to Professor Laurence Eaves (Physics, 1966).

Professor Eaves received the award for his outstanding contributions to the investigation of the fundamental electronic properties of quantum confined systems and their applications in devices.  Normally presented at a dinner at the Savoy, this year the medal and prize were sent in the post with a smart box of chocolates because of the virus. 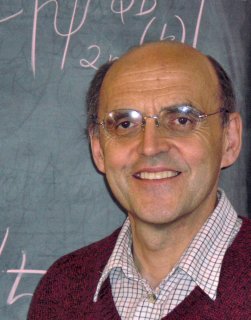 Laurence Eaves was elected an Honorary Fellow of the College in 2013 in recognition of his distinguished contribution to the study and application of Physics. He studies the electronic and optical properties of semiconductor devices and materials, including graphene. He has also undertaken experiments using high magnetic fields to investigate quantum chaotic phenomena and the hydrodynamics of spinning and vibrating liquid droplets which are diamagnetically levitated by a strong magnetic field. In addition to his primary research, he has a amateur interest in developments in cosmology. The present focus of his work is the way in which electrons move and scatter in graphene field effect transistors.

Sir Nevill Mott was one of the outstanding British condensed matter theorists and won a Nobel Prize in Physics in 1977.  He died in 1996. The Nevill Mott Medal and Prize, awarded by the Institute of Physics, was first established in 1997 thanks to a donation by Sir Nevill’s family. The award is for distinguished research in condensed matter or materials physics and consists of a silver medal, showing the image of Sir Nevill Mott, and a prize of £1000. 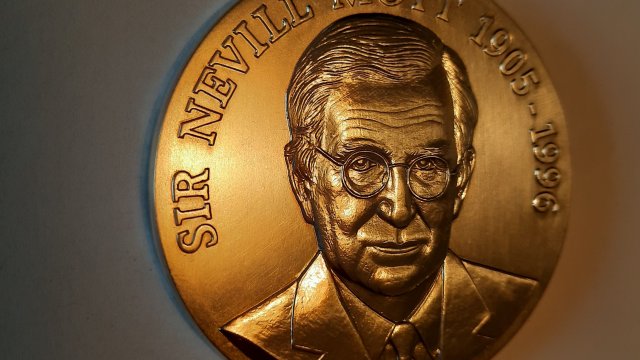 "It was a very pleasant surprise to be awarded the Nevill Mott Medal and Prize. After Physics Finals in 1969 and with the strong encouragement of my tutor, Dr RW Hill, I started my research career in the Clarendon Laboratory as a postgraduate member of Corpus. This award is a strong encouragement for me to continue my present research work on graphene and related materials."