Corpus is delighted to announce that Paolo Dainotti (DPhil Classical Languages and Literature) has been awarded the Premio Mantua of the Accademia Nazionale Virgiliana di Mantova in Italy for his first book Word Order and Expressiveness in the "Aeneid". The award is a prestigious international accolade for distinguished work on the Latin poet Virgil by early career scholars. 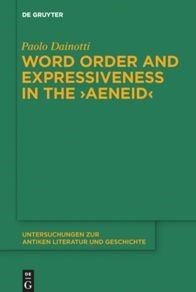 The work, based upon a statistical and stylistical enquiry into Virgil’s Aeneid as well of other hexametric poetry, aims to explain when word order can be considered expressive, and what is meant by ‘expressiveness’. Through offering a detailed analysis of selected passages, Paolo stresses the evident recurrence of the same figures in similar contexts and with the same stylistic effects. In this view, a rare word order as well as a relevant metrical and syntactical pattern appear to constitute a deviation from the norm stylistically motivated, that can highlight significant words or iconically stress the semantics of a passage. By combining the main notes on style from the Aeneid commentaries and the stylistic readings also applied to modern texts, he systematically discusses the various structures of Latin hexameter – enjambement, synaloepha, hiatus, four-word lines, name-lines, relevant juxtapositions etc. – in terms of ‘effects’, showing how they interact and converge in the text. This introduction to Virgil’s expressiveness aims to be an effective tool for a stylistic reading of any Latin hexametric text.

The Accademia Nazionale Vigiliana has its headquarters in the Palazzo dell'Accademia Nazionale Virgiliana in Mantua, Italy.  The main aims of the Academy are the production of original studies in every field of knowledge, the promotion of scientific research, the deepening of knowledge of Virgil and his works as well as the history of Mantua and its territory, the coordination and dissemination of culture. 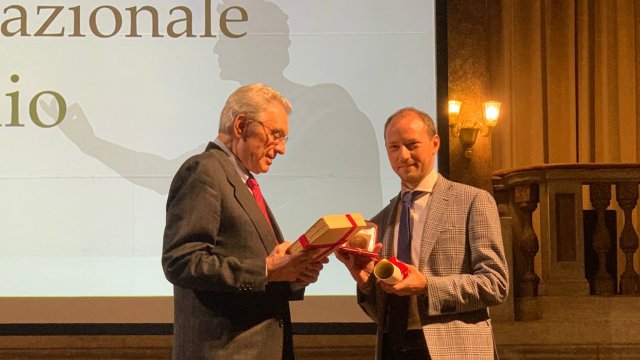 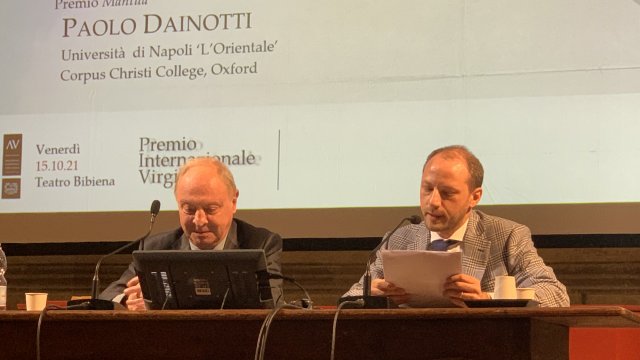 "I am delighted that Paolo has been awarded this prestigious international prize. His work on the word order of Virgil’s ‘Aeneid’ combines deep philological skills with an acute awareness of theoretical frameworks and the psychology of readerly reception."