Congratulations to newly-elected Fellows of the British Academy

Corpus is delighted to announce that former Fellows, Professor Ursula Coope and Professor Tim Whitmarsh, and Corpus Alumnus, Professor Andreas Willi, have all been been elected as Fellows of the British Academy.   We offer them our warmest congratulations.

Ursula Coope, Professor of Ancient Philosophy, is a Corpus Alumna (PPE,1988), Emeritus Fellow and was a Fellow of the College from 2006 to 2017. She is the author of Freedom and Responsibility in Neoplatonist Thought (OUP 2020) and of Time for Aristotle (OUP 2005). She has written articles on Aristotle's accounts of change, agency and the infinite, and on ancient discussions of the importance of thinking for oneself. She is especially interested in questions about the relations between ancient metaphysics and ancient ethics.

Tim Whitmarsh, Vice-Master of St John's College, Cambridge, and G. Leventis Professor of Greek Culture, was a Fellow of the College from 2007 to 2014.  He is the author of seven books, including most recently Battling the Gods: Atheism in the Ancient World (Knopf 2015) and Dirty Love: The Genealogy of the Ancient Greek Novel (Oxford University Press 2018).

Andreas Willi  (Classics, 1998), Diebold Professor of Comparative Philology in the Faculties of Classics and of Linguistics, Philology and Phonetics, is a comparative linguist, specialising in the grammar and history of the ancient Indo-European languages and of Ancient Greek and Latin, in particular. He has published widely on the sociolinguistic and dialectal variation of Ancient Greek, on the evolution of its complex verbal system, and on the interface between linguistics and literary culture in the Greek and Roman worlds.

The British Academy is the UK's national body for the humanities and social sciences.  It has a fellowship of around 1,400 national and international academics and annually elects up to 52 outstanding UK-based scholars who have achieved academic distinction. 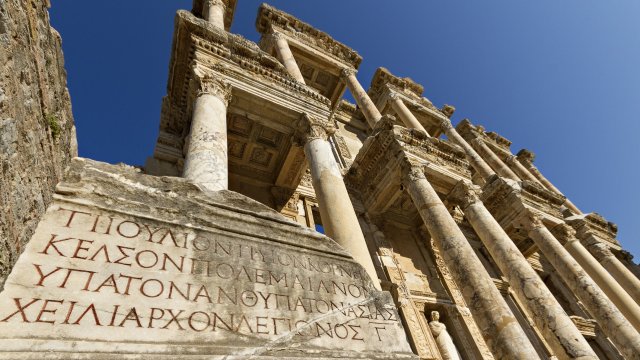 The Centre for the Study of Greek and Roman Antiquity

Got to: The Centre for the Study of Greek and Roman Antiquity